HHH is a boutique Gin and Whisky distillery set in the Bickley Valley of Western Australia. HHH is the brainchild of Hilton, a civil engineer and arbitration specialist who came to Australia from his native southern Africa in pursuit of a safer life for his daughters.

HHH has built a reputation starting in early 2018 for designing and building custom copper stills for distilleries across Australia. The HHH spirits, just like their copper stills, are produced with meticulous attention to detail – a true labour of love and passion for creativity. Every element of the process, from the barley in the whisky, to the botanicals in the Gin to the label design, to production efficiency has been thought out with customer experience in mind. HHH sprits are a result of a combination of outstanding technical skills, passion for creating beautiful experiences and the sense of responsibility that comes from the founder’s mission to prioritise people before the bottom line.

Someone once said they were not about chasing dreams, they were about making them. Hilton, the owner and founder of HHH Distill, says he has finally figured out how to do just that and the result is now his reality. When you experience the products, you will taste the passion that drives the efforts of HHH.

Hilton’s dream that was formed later in life was to produce whisky and gin and he bought a property in Bickley where he could build a distillery. However, you need licences and approvals to make alcohol, and these take time – bureaucracy is not a business and does not watch the clock! While the clocked ticked Hilton set about preparing for that day when the legalities were done and dusted and set about making a copper still for the HHH distillery. With so many surplus fittings in the workshop, Hilton advertised the still and a whisky distiller in Queensland bought it.

The still needed improvements and Hilton’s insatiable curiosity led to continuous improvements in quality, design and production efficiency and by the time the approvals and licences were in place, over 40 stills had been built and delivered across Australia, including one in the province of New Zealand. It was never Hilton’s intention to build stills, but it was an essential element that accelerated the technical development of the distiller in Hilton.

The HHH brand of spirits have been developed with the same principles in mind. Created by a first-generation migrant in the multicultural melting pot of Australia, these diverse influences are reflected in the ingredients and the techniques used to make the spirits with an Australian bend-the-rules twist.

The founder’s aim is to create a working environment that is driven but relaxed, creative, inspiring, focused on people before profit. Happy people make great products and great products make people happy. 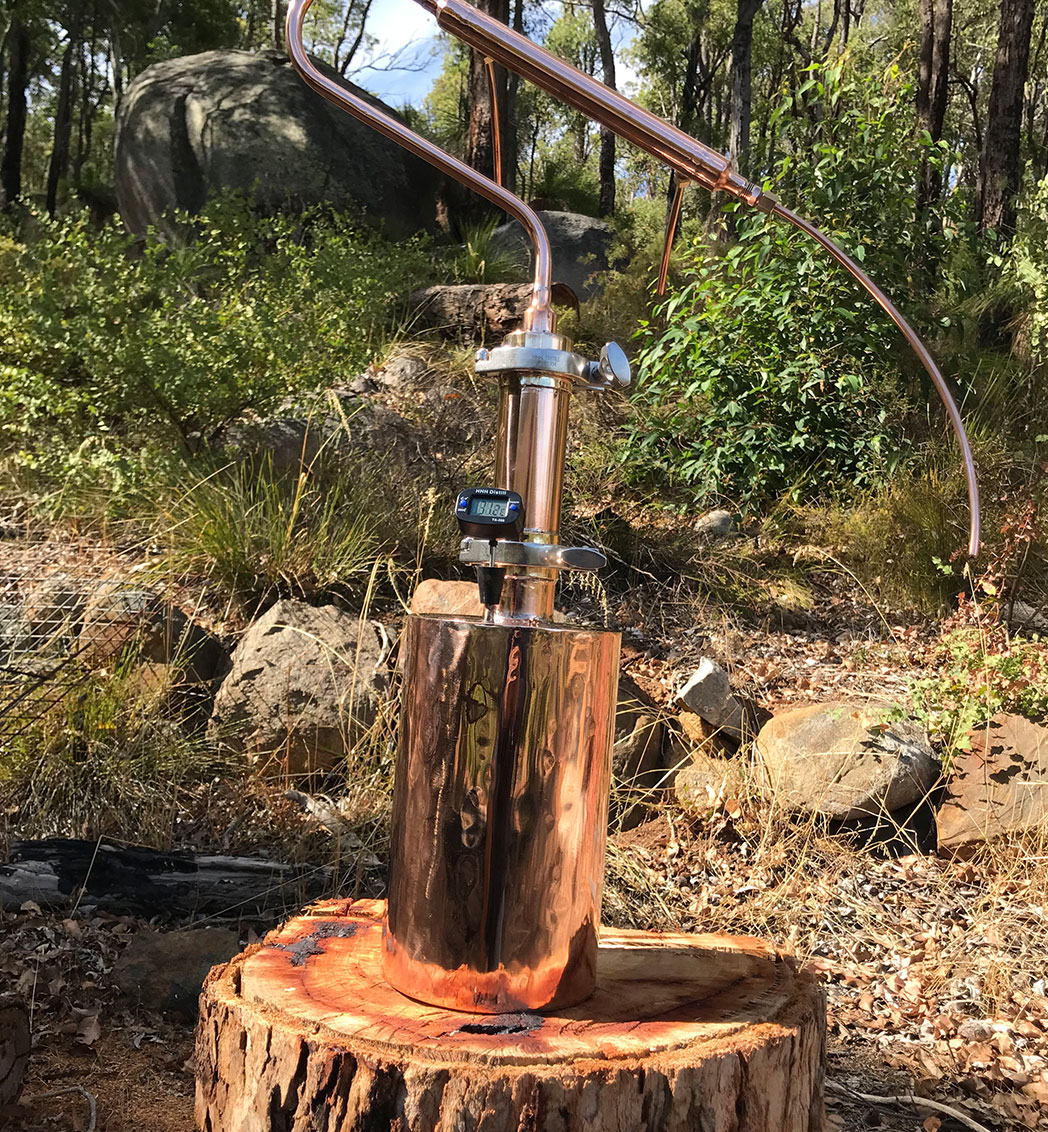 Hilton hails from Zimbabwe in Africa and came to Australia seeking a safer environment in 2005 having lived in South Africa and Botswana,. He qualified as a civil engineer at the University of Cape Town, specialized in wastewater treatment and later studied construction law both in South Africa and Australia. For the last 15 years of his corporate career Hilton was dealing with construction disputes and writing somewhat convincing legal letters.

Hilton’s future was captured for all eternity in the transcript of arbitration proceedings: while under cross examination at a hearing in London in 2017, the culmination of a 4 year litigation case, the Queens Council badgered Hilton and accused him of being a lawyer and posing as an engineer. It was a tactic that the QC was certain would discredit Hilton in the eyes of the Tribunal and unsettle him into making a mistake. Hilton removed his glasses and stared across the chamber at the QC and factually stated, “I am not a lawyer, I’m an engineer. I have no intention of ever being a lawyer and when this hearing is over I will become a distiller.” There was no mistake.

From working in a professional career, Hilton’s diversion into spirits led to the fabrication of copper stills, the only person in Western Australia plying this craft. This meant a journey of acquiring of new skills like TIG welding copper, forming copper sheet, designing and wiring power control boxes, and such things.

At the same time as making copper stills, Hilton was developing gin recipes and the first release on 16 September 2020 of Wax Lyrical was a major milestone. KLC (kaffir lime and cumquat) arrived on the scene on 8 December 2020.

In keeping with his ‘habitual overachiever’ moniker Hilton’s has also competed as an international squash player, represented Western Australia at archery, achieved a single figure golf handicap and briefly became a published wildlife photographer and photojournalist.

Other interests include photography, cycling, woodwork